The Ministry of Agriculture, Forestry and Fisheries of Japan announced the food self-sufficiency rate in 2020 on August 25, 2021. The food self-sufficiency rate was 37.17%, the lowest level ever. From now on, it was 79% in 1960, about 62 years ago, but it has been declining consistently since then. Entering the Heisei period, it fell below about 50% in 1989, and the decline is clear even after that. In 2000, it had been around 40%, but due to inflation caused by supply restraints, Japan also has a lot of stagflation (import prices, soaring prices, depreciation of the yen, economic stagnation). In the current situation of the Japanese economy, inflation is high despite deflation. Prices are under upward pressure despite the economic downturn. Concerns about emergencies are also real. All we have to understand is that we have never been slacking off. I want to entrust my dreams to my children, young people, who work for the food, stability, and well-being, and who will bear the future. Isn't it just that one heart? It seems that the Japanese people's willingness to work is praised by all over the world and is eye-catching. However, I feel uncomfortable that the foundation that has been passed down from generation to generation has become abnormal every day. What makes you feel worth living? What is support? Isn't it the same for everyone to struggle every day? Green Production Land, 2022 Problem (Act No. 68 of 1974: Amendment of the Green Production Land Law in 1992), During a recession, prices of products and labor, which would not normally rise too much, rise, resulting in soaring overseas prices and the economic downturn in Japan. Review the consumption tax (national equality) reduction now. In the 49th House of Representatives general election held in October 3rd year of Reiwa, the turnout of national elections was 43.21% for teens, 36.50% for 20s, and 47.12% for 30s. I am. (The turnout rate for all age groups is 55.93%.) In the 25th House of Councilors election held in July of the first year of Reiwa, 32.28% were in their teens, 30.96% were in their 20s, and 30s were in their 30s. It is 38.78%. (The turnout of all age groups is 48.80%) In this way, the voter turnout of young people is low compared to other age groups in all elections, so the Ministry of Internal Affairs and Communications is particularly interested in young people. In addition to working on election enlightenment and sovereignty education, we will work closely with related organizations to improve the turnout, but the immediate dwindling birthrate and an aging population is an issue. The Children's and Family Affairs Agency reports directly to the Prime Minister and is an external agency of the Cabinet Office. It has a full-time minister and has the "recommendation right" to encourage ministers of other ministries and agencies to make improvements. Welfare-centered fields such as nursery centers, child allowances, and child abuse prevention measures handled by the Ministry of Health, Labor and Welfare and the Cabinet Office will be transferred. On the other hand, it seems that the fields such as kindergarten and compulsory education will be left behind by the Ministry of Education, Culture, Sports, Science and Technology because adjustments have been difficult. The kid's and Family Affairs Agency and the Ministry of Education, Culture, Sports, Science and Technology will jointly create guidelines and guidelines that set standards for kindergarten education and nursery school childcare. It seems that the aim is to receive common education and childcare at all facilities. Regarding the hazing issue, it seems that the two ministries and agencies will share information on serious cases and take integrated measures. Upper Organization, Cabinet Office, Overview Established April 1, 2023 (planned) Predecessor, Cabinet Secretariat, Cabinet Office, Ministry of Education, Culture, Sports, Science and Technology, Ministry of Health, Labor and Welfare, Child and Family Affairs Bureau, National Public Safety Commission, National Police Agency, Life Safety Bureau. 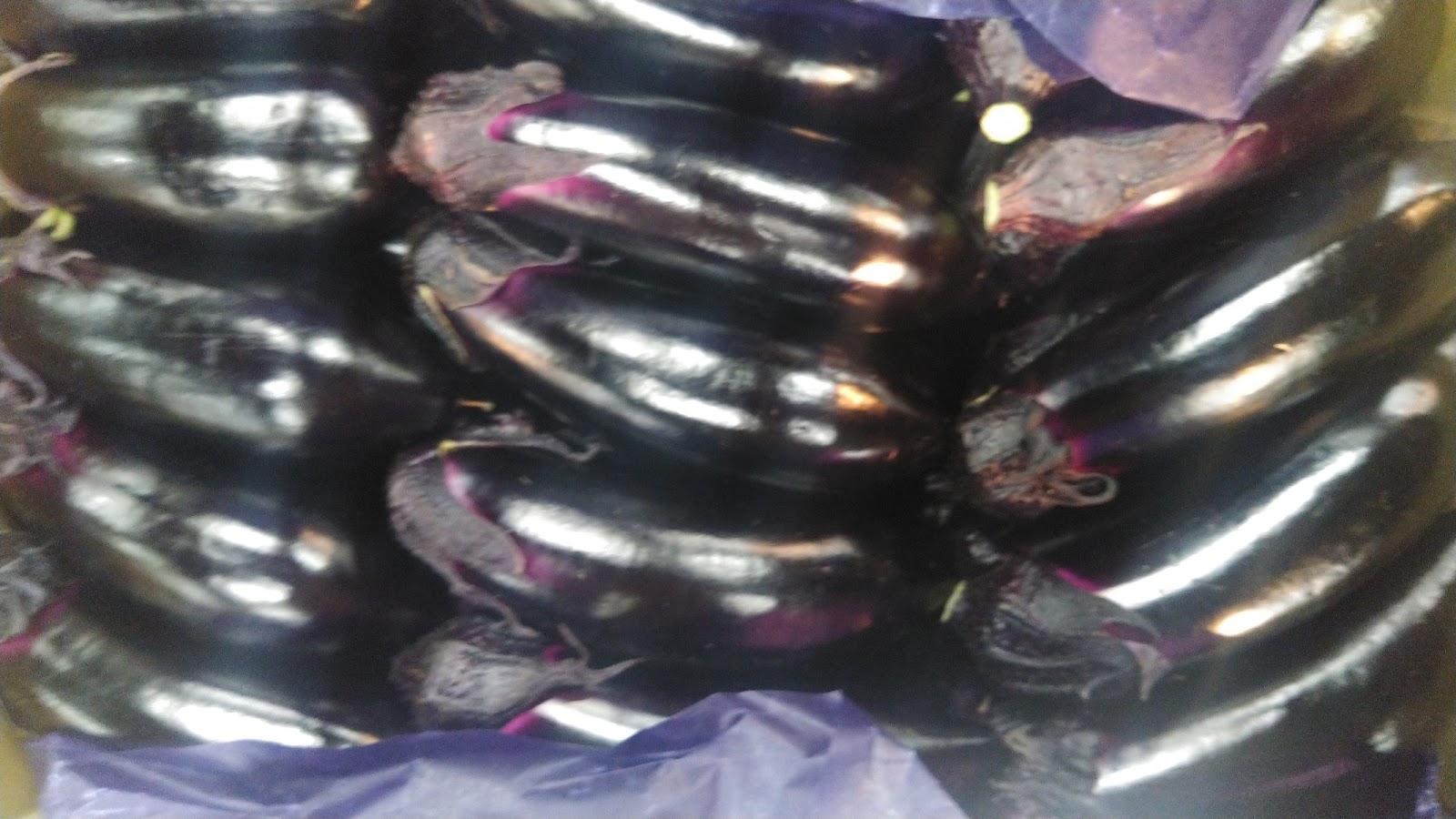 It seems that there are many high-temperature species such as melons and eggplants that originate in the tropics and subtropics. In addition, it seems that the harvest period under natural conditions is limited for strawberries due to their short-day nature and dormancy. For these reasons, it seems that the cultivation of fruits and vegetables in a facility that controls the environment using hothouses, greenhouses, etc. was quickly introduced and progressed. As a result, forcing cultivation, semi-forcing cultivation, seasonal cultivation, tunnel precocious, precocious, and normal cultivation in the open field have been developed using the facility, and many fruit vegetables can be produced year-round. The season for this excellent produce is from early summer to early autumn. It will start lining up in stores around June. In addition to the general eggplant "Senryo eggplant", a round shape "round eggplant", a long "long eggplant", a chunky light green "blue eggplant" (general term with a greenish skin color), etc. Actually, there seem to be many kinds. 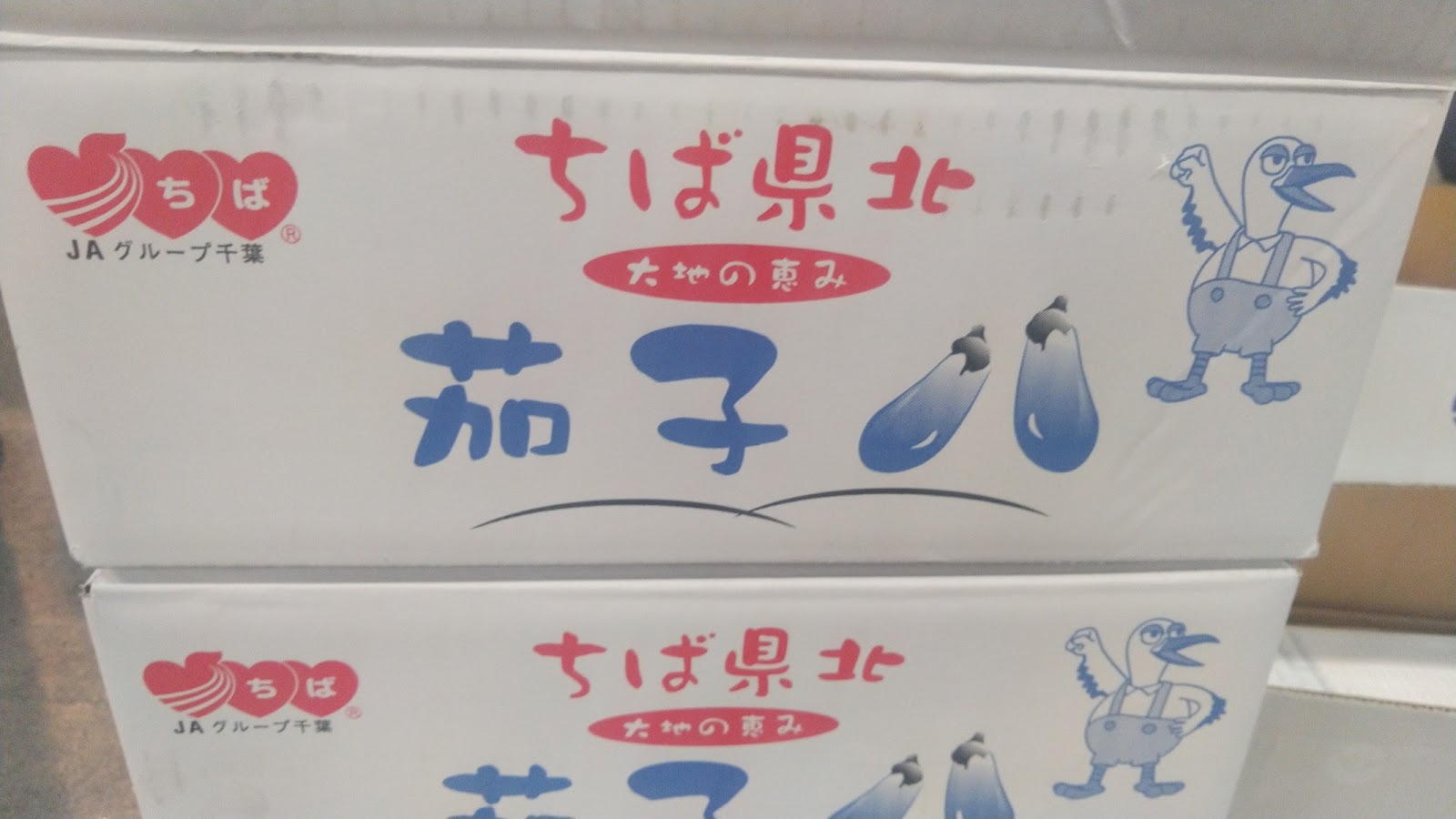 Northern part of the prefecture: Located in the northwestern part of Chiba prefecture, it consists of 6 cities, Matsudo city, Noda city, Kashiwa city, Nagareyama city, Abiko city, and Kamagaya city. Adjacent to Saitama Prefecture and Tokyo. The area is 379.22 km2, which is about 7.4% of the total area of ​​Chiba prefecture, and the population is about 1.52 million, accounting for 24.2% of the total population of Chiba prefecture. Housing development, including the construction of large-scale housing estates, has progressed since the 1955s, and many commuters and students live in Tokyo as a commuter town in the center of Tokyo. In the olden days, it seems that the area is thriving with commerce and industry due to the use of water transportation in the Edo and Tone river systems such as Noda's soy sauce and Nagareyama's sweet sake, and after the war, due to the development of railways and road networks that were developed along with high economic growth. On the other hand, urban agriculture that makes the best use of high productivity is also being developed against the background of large consumption areas in the metropolitan area, and green onions, pear, spinach, turnip, green soybeans, etc. are proud of the top class production in the whole country and are well known. 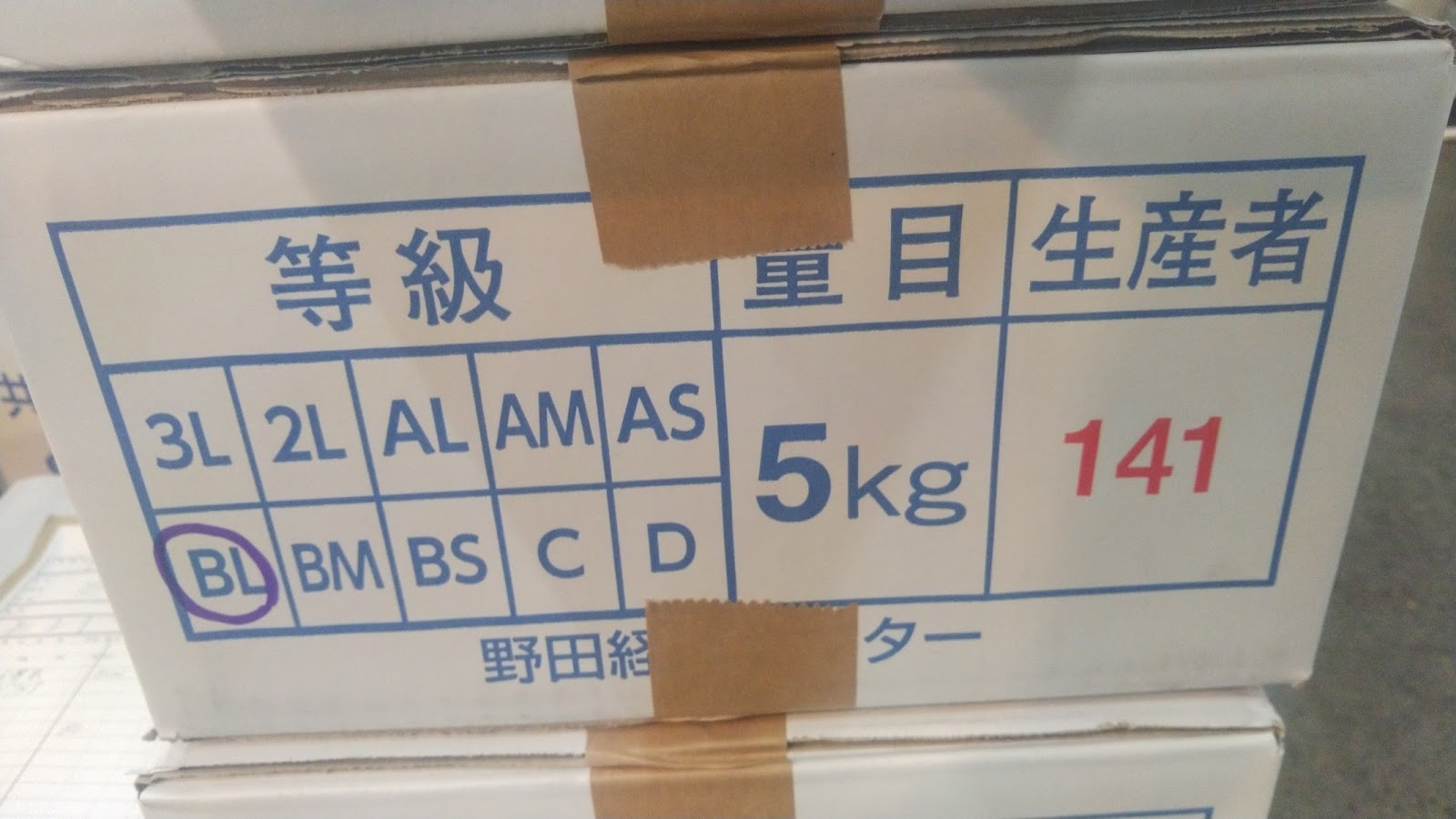 March 15, 2022, Noda City homepage updated. Continuing from this year, it seems that the basic water charges for two months (July and August meter reading) will be fully exempted in 2022 for the purpose of reducing the financial burden on the citizens. In addition, we have been considering a support system centered on young couples without children, in order to target households that have not been the target of financial support so far, not limited to support measures related to the new coronavirus. , It is difficult to set the target requirements for each of those households, and there is concern about the future due to the new coronavirus infection and the high prices caused by Russia's military invasion of Ukraine. Since the feeling of blockage is widespread among the citizens, the support that should be provided now should be prioritized to reduce the financial burden on the citizens widely without specifying the target. In 2022, it seems that two more months (September and October meter reading) will be added, and the basic water charge for a total of four months will be exempted in full.
at May 23, 2022 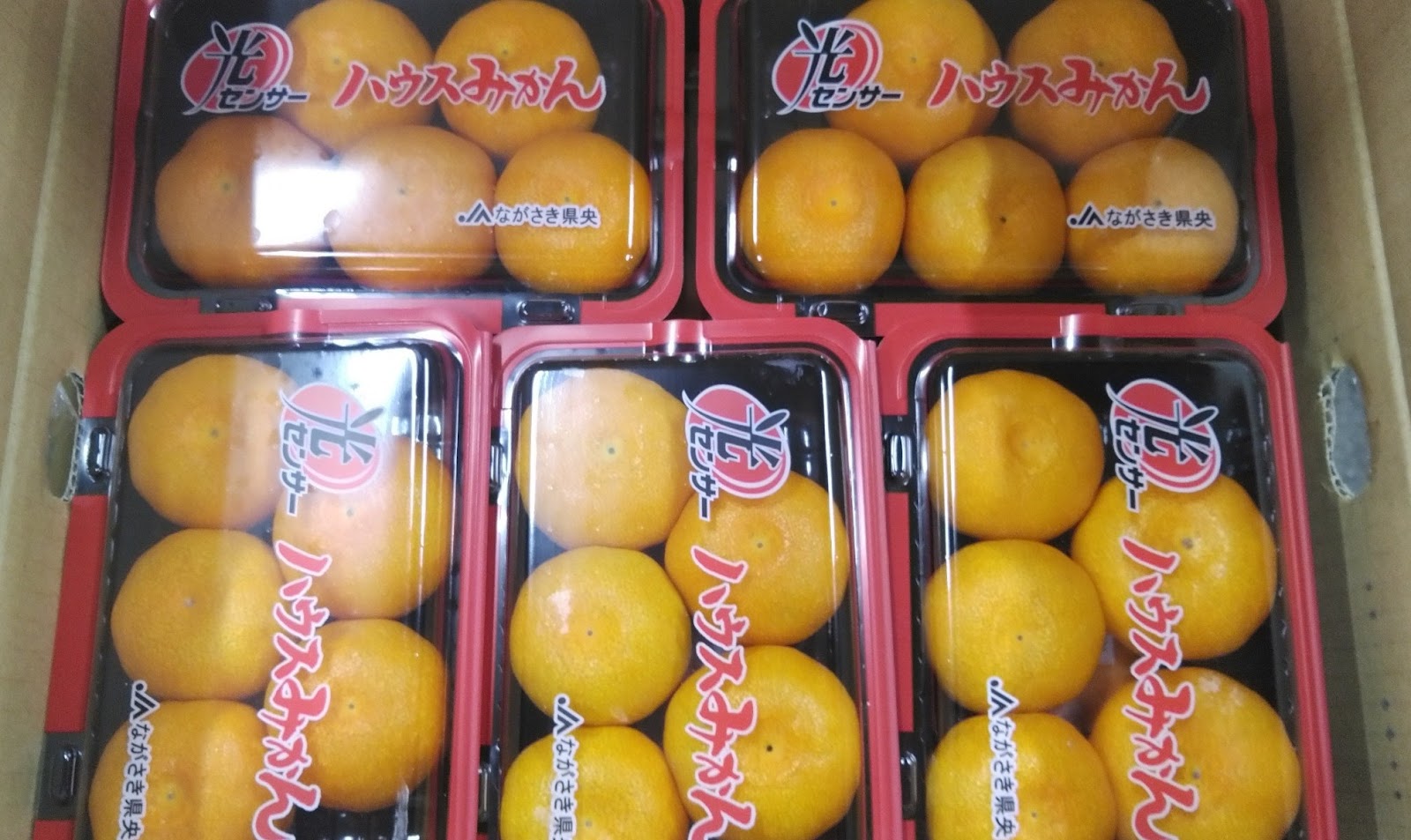